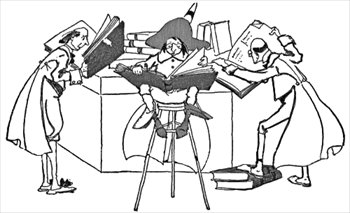 Recently I was involved in an online discussion about research in education and I made the point that teachers, who are investigating or researching their own practice, can draw on current educational theory to inform their practice, and then, generate new theory from their subsequent learning from that process (see Whitehead and McNiff 2006). I was little taken aback when one of the contributors to the discussion replied that narratives from personal experience can only generate anecdotes. I acknowledge that many of the shared stories and reflections of teachers are told to colleagues exactly as anecdotes and we, educators, delight in them and draw wisdom from them. But when it comes to a discussion on research in education, we expect something that is a somewhat more structured. Perhaps I was a little naive to think that the world of research in education had moved on from determining that external, third-person research was the only kind of proper research? While I acknowledge that this is perhaps an epistemological or ontological issue, I believe that some aspects of this thinking may have emerged from a lack of understanding around the rigour of self-study action research at an academic level.

Because teaching (and the education process, in general) is such a multifaceted, complex and socially convoluted activity, it is very difficult to measure and evaluate many aspects of it, especially from an externalist perspective. Because teachers hold a phenomenal amount of insight into the activities of the classroom such as the learning potential and difficulties of students; the interpersonal relations within a class; home/school stresses as well as many other aspects of the teaching and learning process, they are in a prime position to investigate how teaching and learning can best take place. And it is here, in this complex place that we call the classroom, that we see the enormous potential of the educational theory that can be generated from a teacher’s own practice at chalk-face.

The question of whether self-study action research generates accounts and theories that are merely anecdotal is, of course, nonsense. One need only check out the huge numbers of masters and PhD degrees being awarded across the world in the area of self-study action research. See www.actionresearch.net or www.jeanmcniff.com for stunning examples of educational theory that has been generated in the classroom.

Universities always demand and claim high standards of rigour for their academic research. The research must firstly address the stringent academic stipulations of the university or college itself, and then, self-study action research must address its own equally stringent standards of judgement and establish the criteria by which the researcher’s claim to knowledge should be judged.

The question of rigour in action research has been well addressed by Whitehead and McNiff (2006), who insist that very clear evidence must be produced to support and validate claims to knowledge. As most action researchers probably know already, Whitehead and McNiff (2006) ask that, as a first step in the research process, all action researchers should look to the values that guide how they live their educational lives and to evaluate, very methodically and, if they are living to those values in their everyday practice. This is at the heart of the research process.

Once the researcher has established what their education values are, they can then use those same values to establish the criteria or standards of judgement by which their research can be evaluated and validated, both by themselves and others (Whitehead and McNiff 2006). Researchers need to work collaboratively with critical friends, who will not only discuss their work with them, but also offer robust critique to their emergent ideas. Researchers offer their claims to others for public scrutiny because as Mc Taggart (1997, p.12) explains, validation is an ‘explicit process of dialogue’. They also check for Richard Winter’s six principles which are central to the action research process: ‘i) reflexive critique, ii) dialectic critique, iii) collaboration, iv) risking disturbance, v) creating plural structures and vi) theory and practice internalised’ (1996, p.13).

Practitioner/ researchers make claims to knowledge and they support the validity of these claims with substantiated evidence, again drawn from their everyday practice, as they collect data that is commensurate with their living standards of judgement. So, as a self-study action researcher, you establish your criteria from the values you hold. As Whitehead and McNiff suggest, the values researchers hold come to act as ‘the explanatory principles and living standards by which we judge our practice’ as researcher generate theory from that practice (2006, p.85).

If, for example, you value fair and reciprocal communication in your classroom, then, ensuring that all students have opportunities to use their voice and share their views, might be a good criteria for you to establish in your research. If you can actually provide data that shows that your students feel they have a voice, then you can present that data as evidence to your critical friends and your validation group, to establish that your claim is valid. The data might come from a questionnaire; from a recording; from an email or from any authentic viable source. Very often, action researchers draw on Habermas’s theory of communicative action (Habermas 1987) wherein the social criteria of comprehensibility, truth, sincerity and appropriateness form the basis of the validation process. Your validation group will interrogate your claims robustly and if they agree that your evidence is authentic and meets the living standards of judgement you have already established, then you can go ahead and present your evidence to support your claim to knowledge.

Self-study action research is not for the faint-hearted. It is a very robust, tough and ethical process. It does not exist merely at the level of anecdote (though it may be generated there), and the theory generated from it has the potential to influence not only the researcher’s own work, but also that of their colleagues, their institutions and possibly education policy.