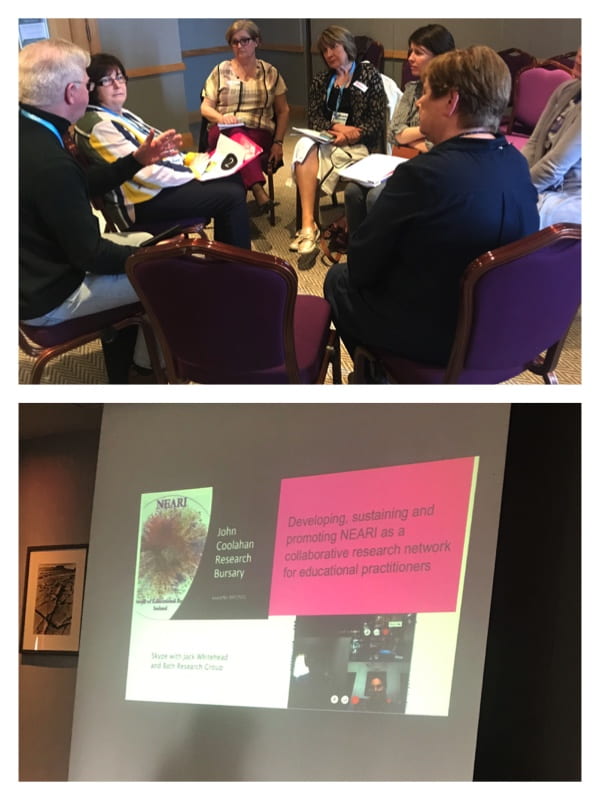 The Spring NEARIMeet 2019 took place in the Radisson Blu, Sligo on April 13, alongside ESAI19. It was a very exciting event and included Round Robin inputs from Derbhile de Paor, Mags Amond and Jane O’Connell (see slides and clips below). It also included a Skype connection with fellow action researchers from Bath, Canada and Venezuala as well as a conversation with Jack Whitehead. 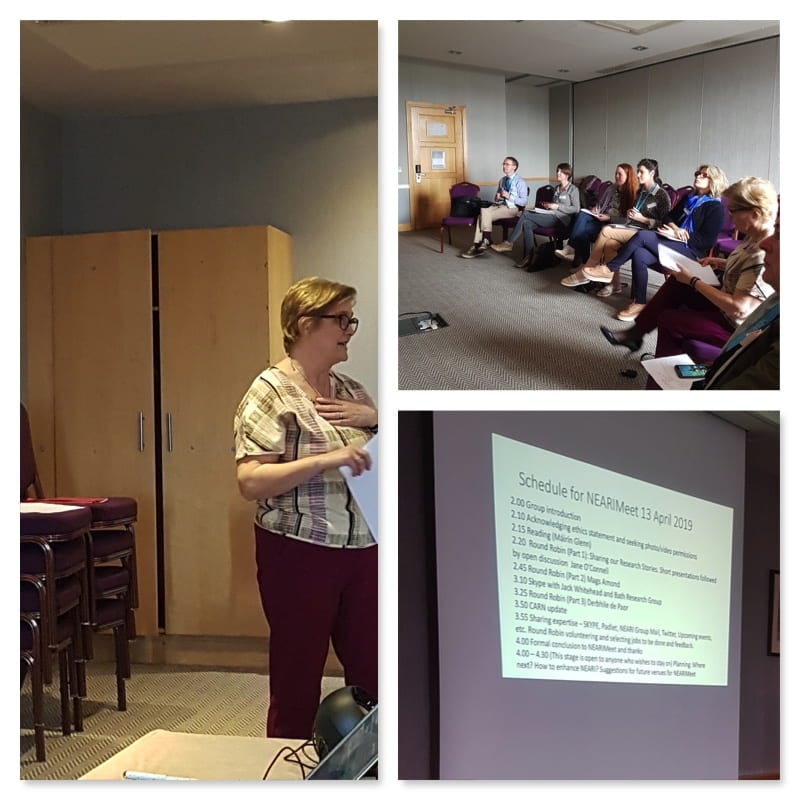 The meeting opened with a Round Robin input from Jane O’Connell who outlined her current doctoral studies around her research on Is Tusa an Múinteoir . Jane aims to promote the use of Gaeilge in her school and to encourage her students to tutor their parents in the language. 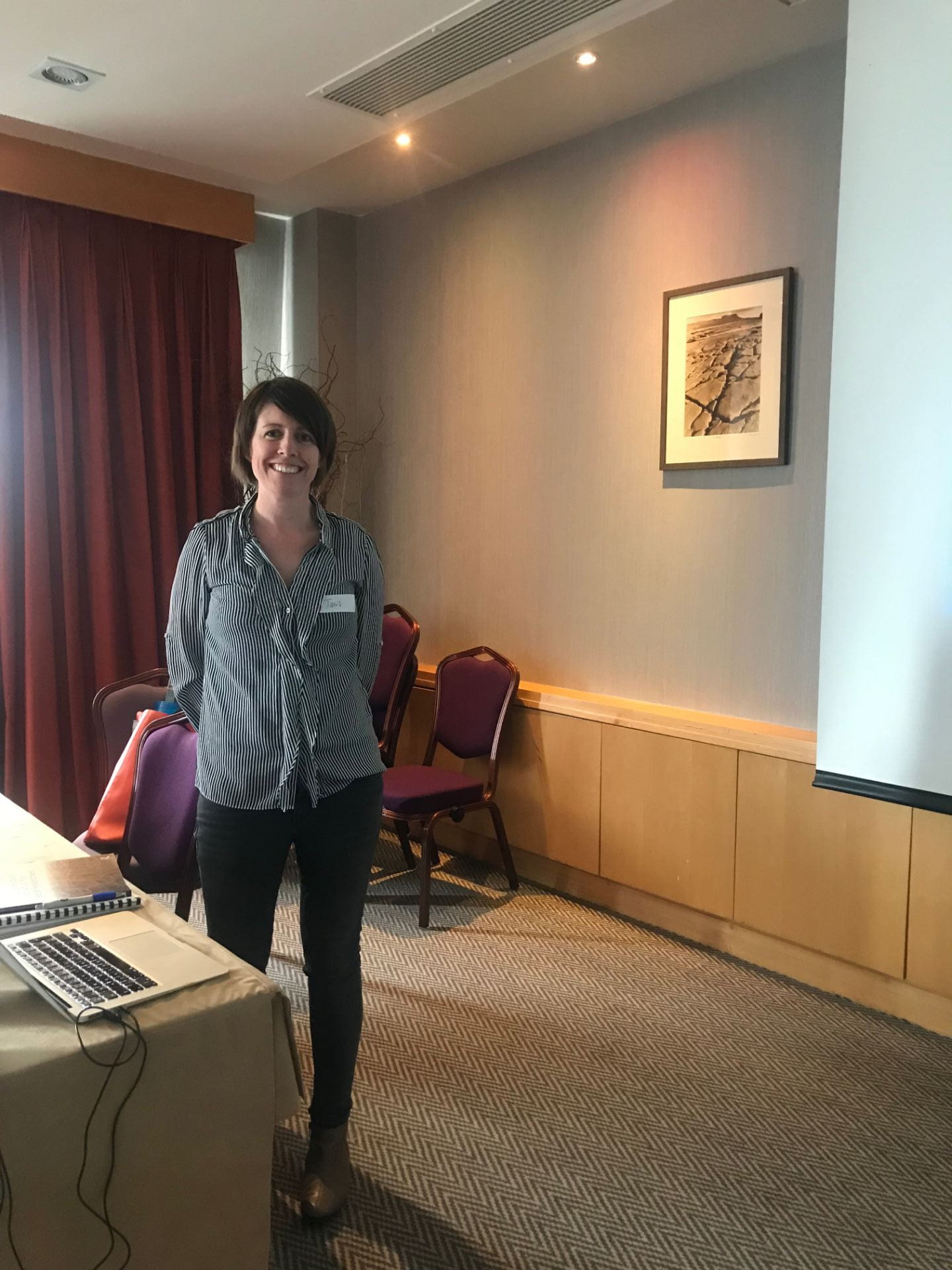 Mags Amond delighted the audience by intermingling wise owls, joy and tai chi movements with her current thoughts on her research on TeachMeets. She concluded with some critical questions both for herself and her audience. 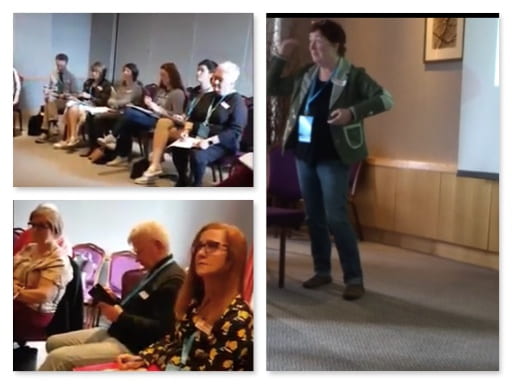 Jack Whitehead and colleagues in Bath visited NEARIMeet virtually though Skype. They had spent the day in discussion with other action researchers and living theorists from around the world and were concluding their conversation by dropping into NEARIMeet in Sligo.

A snippet from Jack Whitehead via SKYPE

Response to Jack from Conor Galvin

Our final input for the day was from Derbhile de Paor who shared the stories of her learning in the process of  doctoral research. She recounted and performed narratives from practice that were embedded in a landscape of policy.

Jane O’Connell then gave an update on the forthcoming CARN/ALARA Conference in Croatia on 17-19 October and encouraged everyone to attend.

The Autumn NEARIMeet will take place in September.